We’re here at the Arclight Cinerama Dome in Sunset Blvd and we’re celebrating Denzel Washington Day! Another A-lister we’re adding to our list. The setup here in Arclight is not as crowd friendly as in Grauman’s Chinese Theater but let’s see if we get lucky and get to see Denzel up close.

The last movie I saw him in revolved around a train, this time on a plane. The movie looks promising and I would definitely go see it!

He was also in a movie called Safe House with Ryan Reynolds just recently but I didn’t go to the premiere of that one so here’s my chance. The film is directed by Academy Award Winning Director Robert Zemeckis and it stars Denzel Washington, John Goodman, Don Cheadle and Melissa Leo.

The carpet was white, not red, so that it matches the theme of the movie. At first I thought that white thing was something that’s supposed to be under the red carpet and they’ll add that later but as time went by I realized that it was the carpet itself. For some reason, I was too worried it will have too many footprints. As if people will take pictures of it. And as if I’m the one cleaning it after. I should get a life. And this paragraph doesn’t have any significance at all. Anyways… 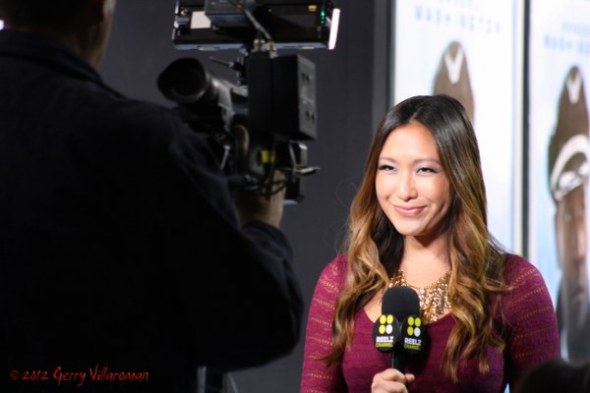 Here’s Rebecca Da Costa. She appeared in the movie Seven Below with Val Kilmer.

Justin Martin. He was in High School Musical 3 and played the young version of Jamie Foxx in The Soloist.

Hmm. Young Jamie Foxx. Could be. I guess.

Bruce Greenwood. He played Pike on Star Trek (2009) and has also worked with Denzel before on the movie Deja Vu. He was also on Eight Below (with Paul Walker). I love that movie. I love Siberian Huskies!

There’s no appearance for John Goodman and Don Cheadle for the night, I wonder why. Not a big deal though and it’s not something I would cry about haha. Frankly I just came here for the great Denzel.

Like I said above, the setup in Arclight is not very crowd friendly because the railings are set in a way that the actors will have no chance of getting out of the red carpet to interact with fans but Bruce Greenwood was nice enough to ask the security personnel to open it up so he can walk towards us.

And yay! I got a picture with him!

We had a nice chit chat too. He said Denzel won’t be arriving for another hour and I said “an hour?!” and he said he was just kidding and he’ll be there in 15 mins. I said that we really wouldn’t mind if it takes him a whole day, we’ll wait no matter what. Of course I was just kidding too. I don’t have that much patience haha. The picture I took was blurry and he’s not looking at the camera so I asked for another one.

There. Much better. Thank you so much Bruce!!!

And finally, the main man. I was actually really afraid by this time that I’m not going to get any good shots because a bunch of  media men have flocked in front of me. Not good. All I got from my camera by this time were people’s backs. I still managed to get Denzel though, but just barely. So here it is, ladies and gentlemen, my somewhat voyeuristic photos of Mr. Denzel Washington! 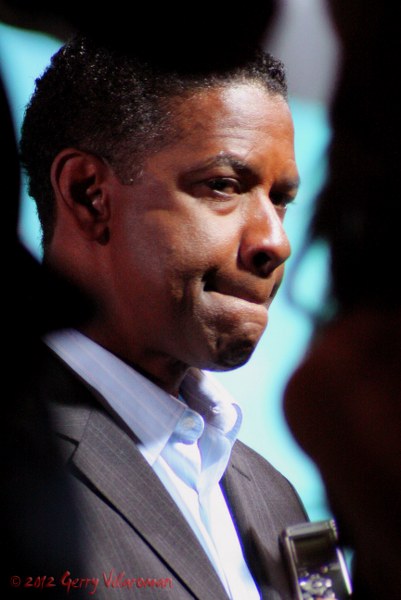 Okay let’s just say I made those “through-the-hole” shots for artistic purposes and let’s leave it at that. I’m an artist, ya know. Haha.

That’s all for tonight folks! See you again on the next premiere!