One of the most unforgettable celebrity events I’ve been to. I went to Hollywood on June 26, 2012 knowing that there was going to be a red carpet premiere for this movie. I’ve been to several premieres before so I knew pretty much what to expect. I knew I was going to see Katy Perry this day and perhaps some celebrity guests. When I got there, I was so surprised that there was a huge stage right by Hollywood & Highland. Oh yes! There’s going to be a CONCERT! But is it going to be free? Oh yes it is!!! Now I’m sure this event was promoted several days before, I was just too naive to know but then I guess being unaware has its advantages: you get more surprises!

I met with my friends and we decided to go straight to where the stage was so we can find the best spot. The moment we got there, we got another big surprise: Katy Perry was already there on the stage rehearsing!

We were really near the stage so we saw her up close. They were rehearsing for the whole set they’ll be doing that night so that was a long exposure for her. I even got to roam around and take videos and photos from different angles. 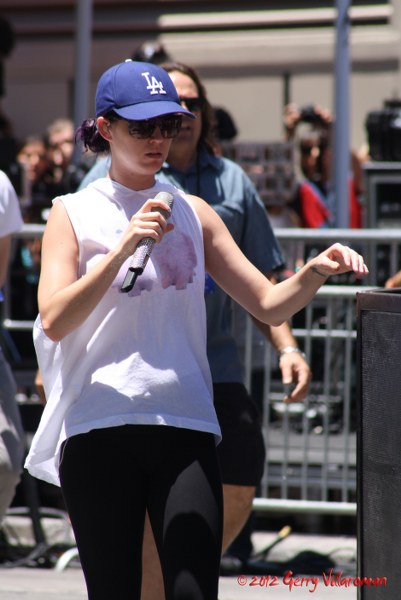 That was a lot of fun! Usually, you get to see celebrities only for a really short time and they’re always on the go but this time, I was the one on the go and Katy stayed where she was the whole time. I guess I can say I developed a love for watching rehearsals. Maybe concert promoters should offer fans free entrance to rehearsals every now and then. That is an event in itself! I remember watching an NBA All Star practice and we paid somewhere around $50/ticket for that, all they did was run and practice lay ups. Not a single soul complained.

At this point I can totally go home. I’ve actually already seen who I wanted to see for this day! But then that would be silly. Of course I’ll wait for the real thing!

The setup here was a bit different from the other premieres. The arrivals were still going to be held at Grauman’s Theater but the concert was in front of the H&H Center. That means fans have a choice whether to be on the arrivals area and see some more celebrities like Justin Bieber, Selena Gomez, Carly Rae Jepsen, etc. or to be on the stage area where they can watch the free concert.

I’ve seen lots of celebrity entrances before, I chose the free concert. That doesn’t happen everyday! And besides, the spot we had wasn’t that bad since the cars passed right by us.

Here are some of the dancers upon arrival. 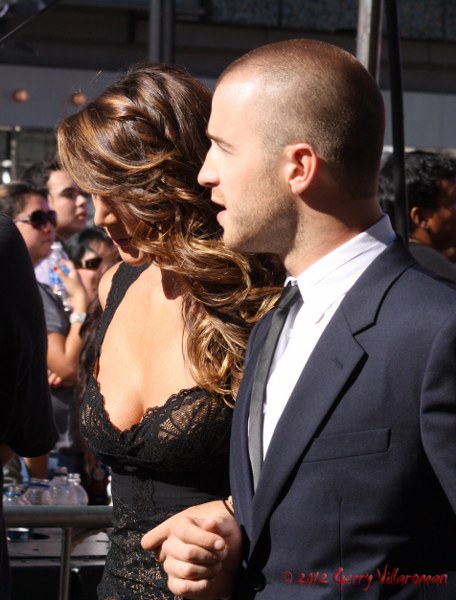 It was weird because I was just seeing them on stage rehearsing a while ago, and now they look like they just got here!

Oh by the way, this wasn’t really a red carpet premiere but a pink carpet premiere. I didn’t have a picture of the carpet because like I said I was on the concert area but just imagine you’re seeing a pink carpet. There. You’re still well informed haha.

Fast forward to the concert…

And she came out of a popcorn box!

Sure is the best way to pop out for a pop star! By popping out of a popcorn box! Okay I’ll stop talking now. Enjoy the concert!!! Concert photos, that is. 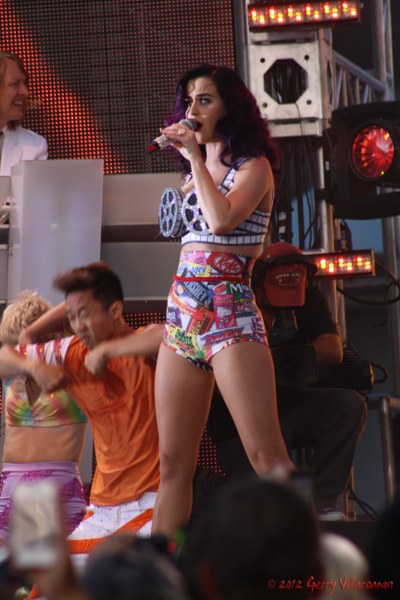 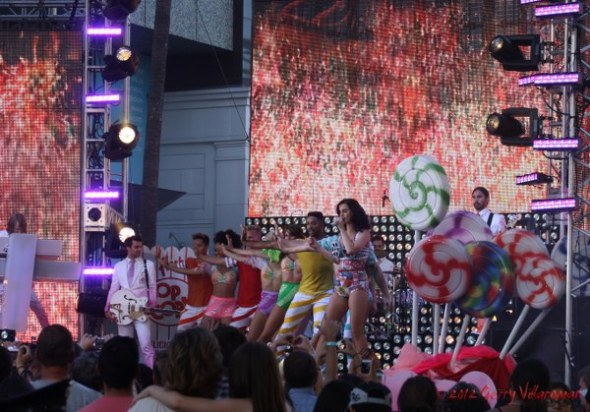 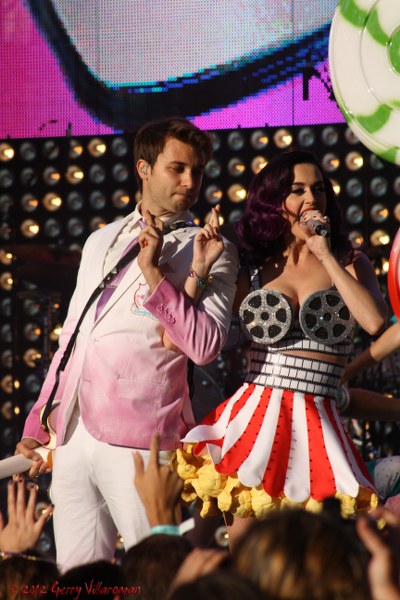 It was amazing!  She sang her best hits including “I Kissed A Girl”, “Wide Awake”, “California Girls”, “Fireworks”, and of course, “Part of Me” which was also the title of the movie she’s promoting.

And now that I’ve pumped you up with the pictures, I now have a surprise for you: Here’s the full video!!! Go get some popcorn and set your loudspeakers on!