The basketball world has been waiting for this for a very long time and at last, Kareem Abdul-Jabbar‘s statue was unveiled on November 16, 2012 at the Staples Center in downtown Los Angeles. I was lucky to be one of the witnesses of this historic moment in sports history.  I didn’t see him play as I was not born yet during his prime and I was only three years old when he retired but I’ve always known about his legacy. Basketball is the most popular sport in my country, the Philippines, and his name is known by everyone from the old timers who have been fans since the short shorts era to the young ones who are just learning about basketball. Connected to his name, of course,  is the word “skyhook,” a move he popularized (and mastered) that was greatly imitated by professional and amateur hoopsters alike.

Abdul-Jabbar is the NBA‘s all time leading scorer and has won numerous championship and MVP awards but not only that, he’s also popular in the showbiz world as he has appeared in various movies and TV shows. My most favorite  is Airplane! and of course, who would forget about this scene with Bruce Lee in The Game of Death…

Now here are the photos from the event: 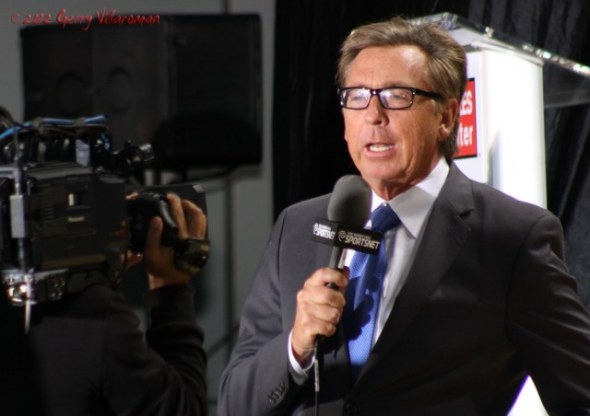 “Welcome to Staples Center. Today, you’ll be witnessing the unveiling of the statue of the greatest of all time…“

NBA Legends started to arrive and the one that made me jump for joy was this man: 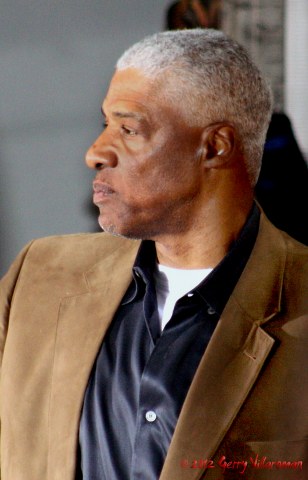 Errrvviiinnnggg!!! Could there be any better time to relive the moments and see this man fly once again? Watch with me! 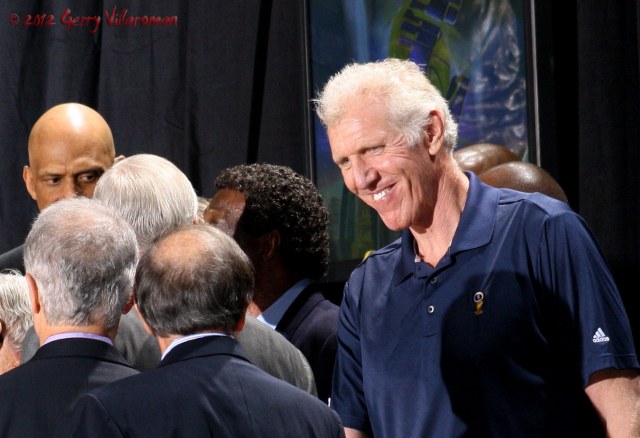 But it will never be complete without the Lakers‘ legendary fan, Jack Nicholson. 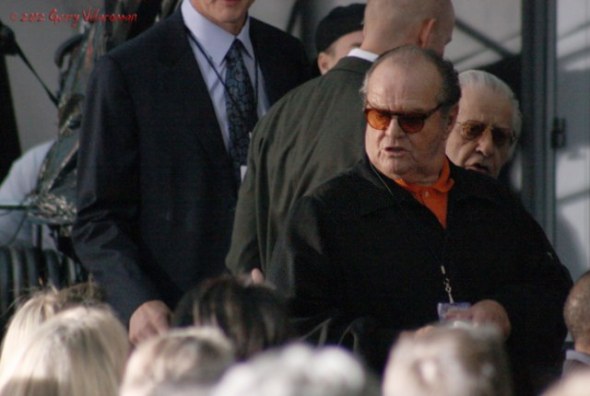 Heeeere’s Johnny! And he’s looking for his seat. 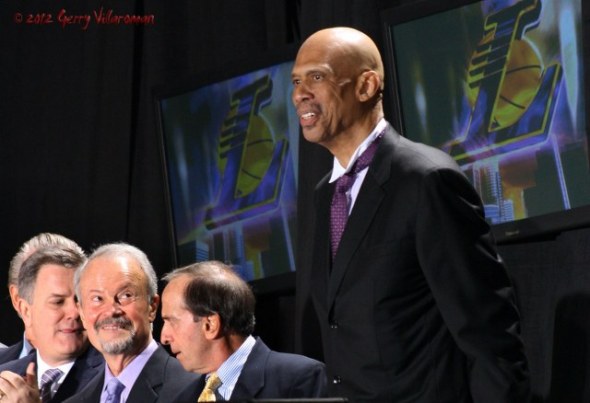 President of AEG, which owns the LA Kings, LA Galaxy, and part of the LA Lakers, Tim Leiweke. 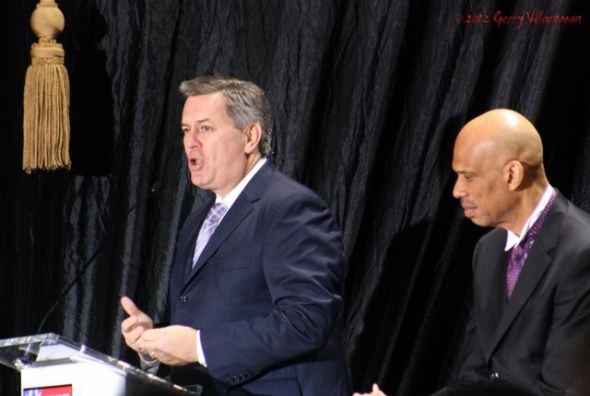 Current President of the Miami Heat and Former Coach of the Showtime Lakers, regarded as one of the greatest coaches of all time, Pat Riley. 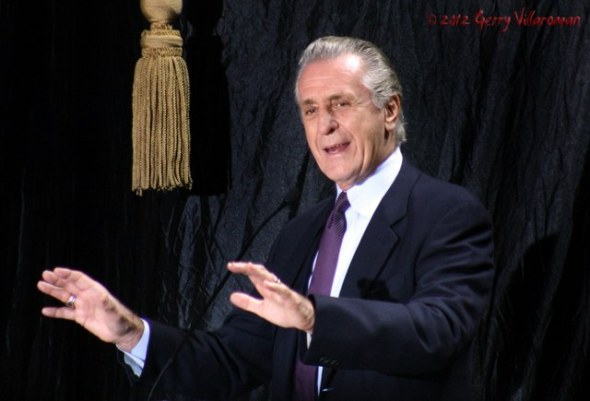 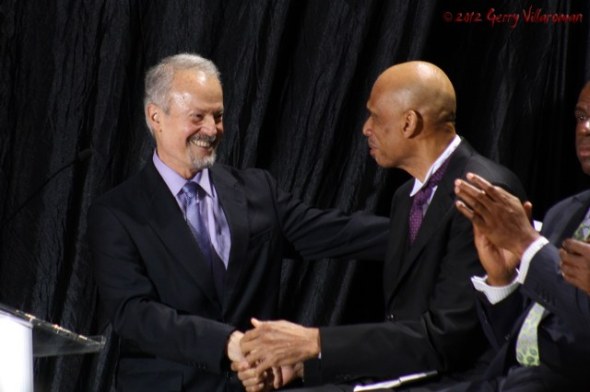 Broadcaster Eddie Doucette, the man who coined the term, “skyhook.” 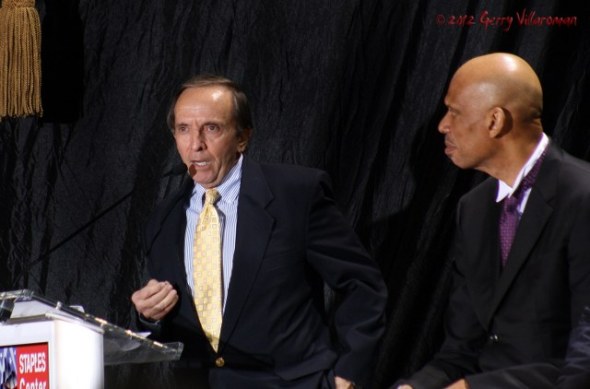 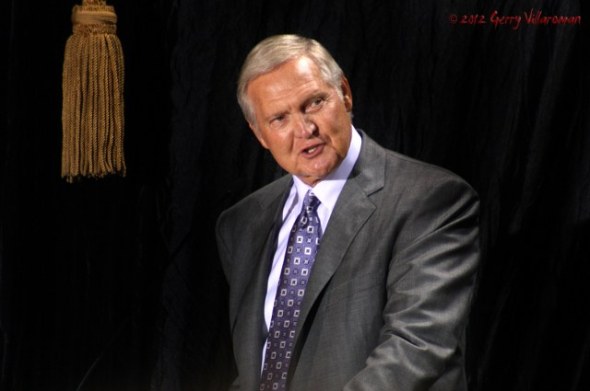 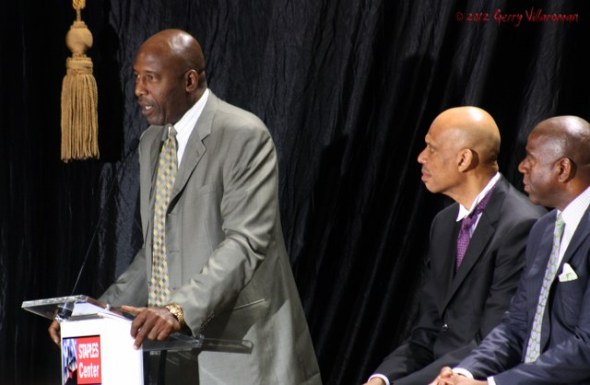 Last but not the least, winner of 5 NBA titles, all won with Abdul-Jabbar, Earvin “Magic” Johnson! 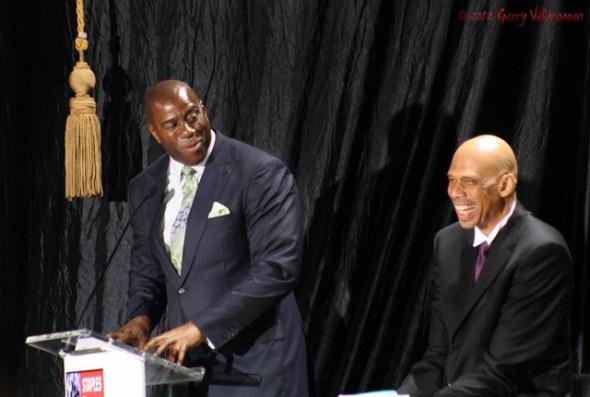 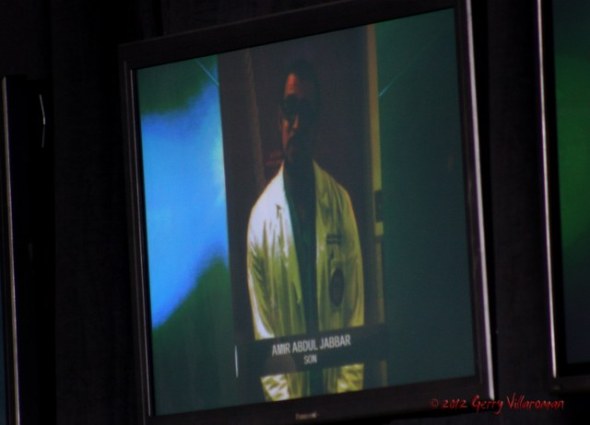 Kareem himself was the one who pulled cord… 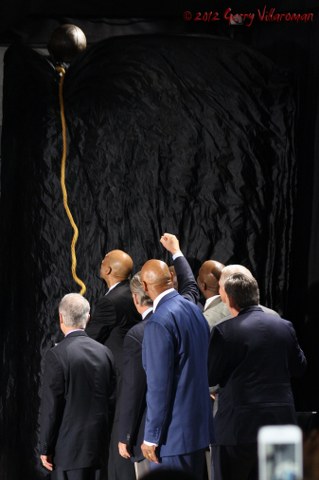 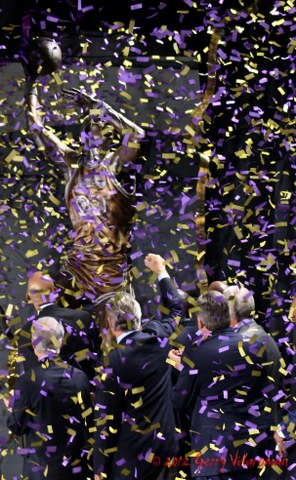 “I’m glad we got here before the pigeons got to it,” he said in his speech. Of course he said a lot more stuff but that’s the most important part of it. I think. Nah. He thanked his parents, his UCLA Coach John Wooden, his teammates, his fans and other special people in his life. He also apologized for the things he said before against the Los Angeles Lakers organization for not erecting his statue sooner. 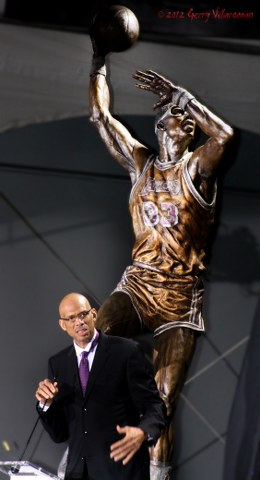 The event wrapped up with all the NBA legends being asked to step up the stage and take group photos. The media then swarmed him for interviews. At 7’2″, no matter how many people were surrounding him, you can still see him! The night didn’t end there for the fans as the Lakers went on to battle the Phoenix Suns later where they won 114-102. 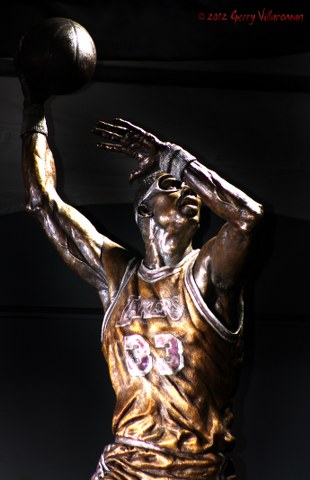