Back at The Grove. It’s not even summer yet but this day was so hot! And it’s not because of the sun, it’s because two of the Victoria’s Secret Angels were here!

Okay to be honest, I didn’t know much about the who’s who in the supermodel world so this was  my initiation.

Alessandra Ambrosio. Wow. This woman’s got “gorgeous” written all over her. She’s got this wild look that makes you feel like she’s gonna eat you alive. In  a very sexy way, that is.

Candice Swanepoel. She DOES look like an angel who descended from the heavens. She’s my favorite from now on.

There was a little bit of a swimsuit fashion show as well. Thank you, Extra!

And thanks to Contactmusic.com for this photo. I’m the guy wearing green on the left. It’s pretty cool that we’re all wearing shades. Yay! We got something in common! Haha. 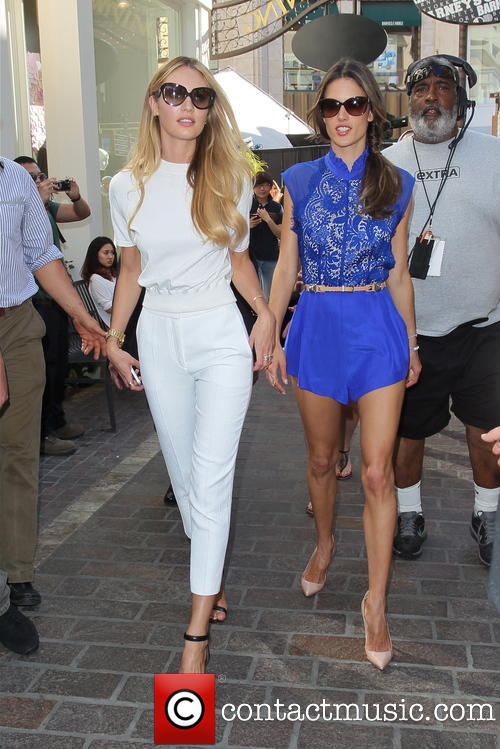 Hugh Jackman Gets A Star On The Hollywood Walk of Fame

Hugh Jackman received star number 2,487 in the streets of Hollywood yesterday and it was a great experience seeing him in person!  Les Misérables director Tom Hooper was in attendance, as well as castmates Anne Hathaway and Amanda Seyfried.  The Tonight Show Host Jay Leno was the guest speaker.

And now, here are the photos!

The freshly polished star. This photo was taken around 8:30 am, before the crowd arrived and the ceremony started. The guys have just finished working on it and it’s ready to be unveiled later during the day. I didn’t wanna wait for that, I was too excited. Might as well take a picture before everyone else does, and while it’s still shiny!

The ceremony was held in front of Madame Tussauds, and they were nice enough to put out a wax figure of Wolverine outside to match the occasion.

The stars have arrived! 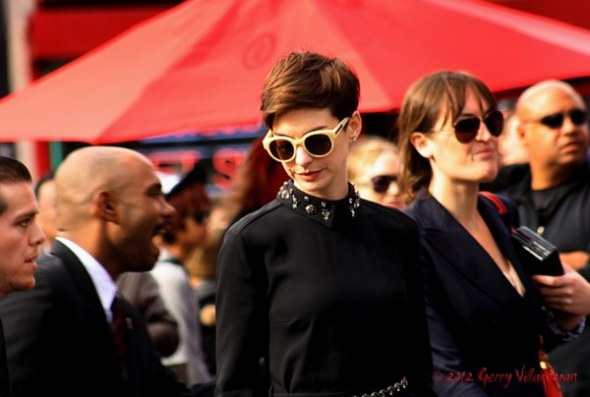 Ladies and Gentlemen, Mr. Walk of Famer, Hugh Jackman! He’s greeted by the warm cheers from the crowd and warm hugs from his loved ones and friends from the industry, including Anne Hathaway. 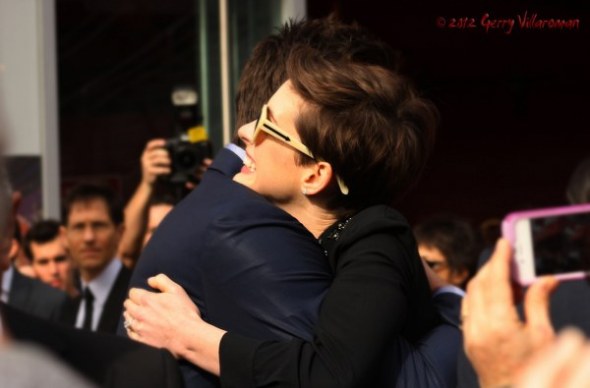 Academy Award Winning Director Tom Hooper sat beside Anne Hathaway. He’s most known for his work on The King’s Speech.

…and went on to give him a big hug. 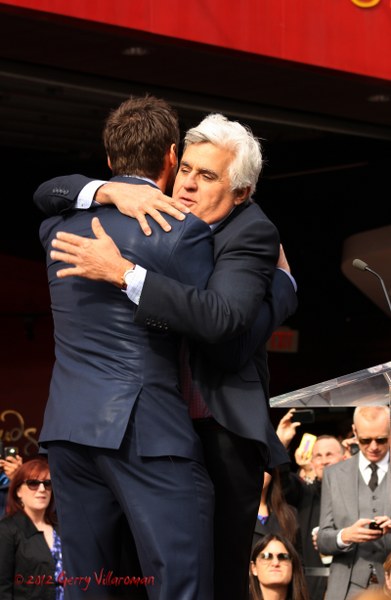 Hugh was given the certificate.

All eyes on this super good looking man now.

Here’s his speech courtesy of CELEBScom: 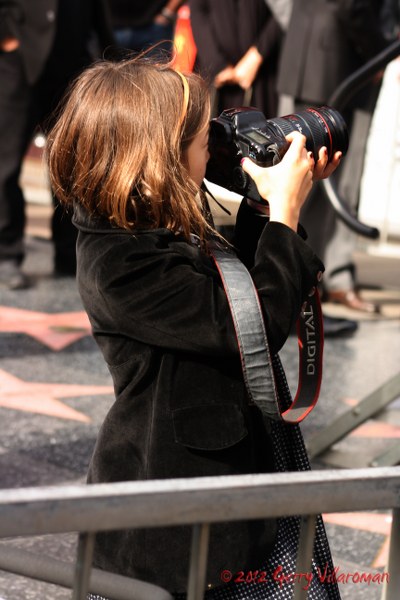 That’s his daughter, Ava. She’s already a better photographer than me. 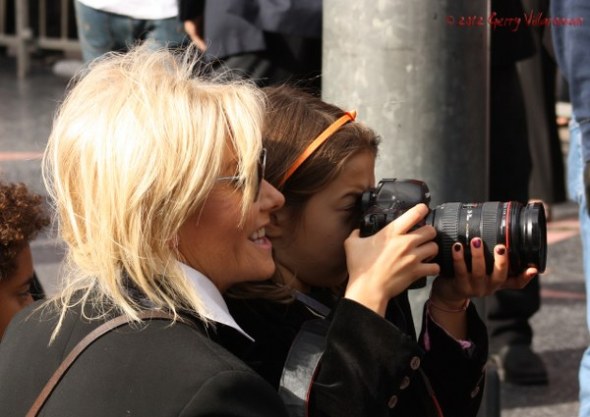 He posed with his wife, Deborra-Lee Furness. 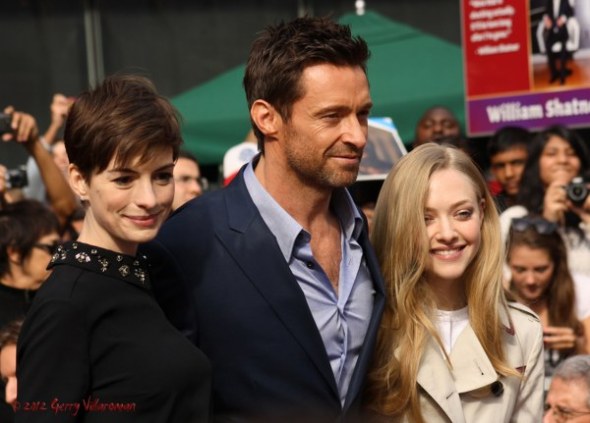 For Les Mis fans, the caption can also be Fantine, Jean Valjean, & Cosette!

After the ceremonies were interviews here and there. Here’s one with his fellow Aussie, Renee Bargh from Extra.

Before I end this post, please check out the trailer for Les Misérables:

For those who want to visit his star, it’s on 6931 Hollywood Blvd, right in front of Madame Tussauds.