Star-studded premiere last night of “Transcendence” at the Regency Village Theater in Westwood, CA. As expected, there were a lot of people who came in to see Johnny Depp in person. This is now my third time to see him in a celebrity event and the joy and excitement I feel when he’s near is no different from the first time! Ohhh Johnnyyy.

The presence of God was felt by everyone once this man stepped out of the car.

Rockers, are you ready for this? It’s the Antichrist Superstar, Marilyn Manson! 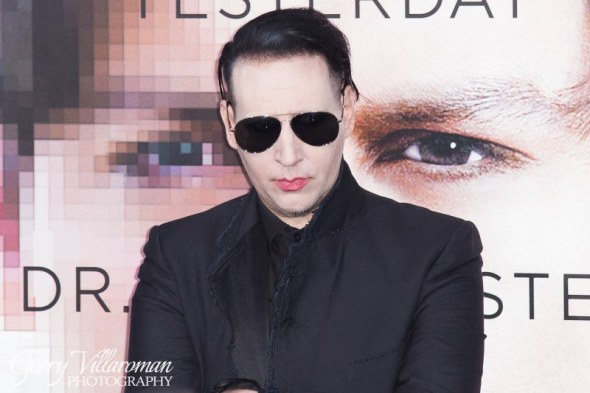 Lisa Edelstein, best known for her appearance as Lisa Cuddy on House, M.D.

You know that creepy dude from The Da Vinci Code?! He’s the same guy who voices J.A.R.V.I.S. in the Iron Man series and The Avengers. His name: Paul Bettany. He will be in Avengers: Age of Ultron to play the role of Vision.

…who also happens to have a twin sister, Cynthia Daniel. Any Sweet Valley High Fans out there? 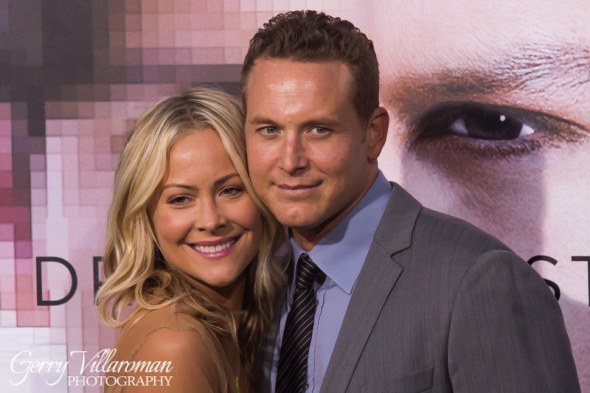 Surprise appearances are always AMAZING and sometimes, CRAZY!  In every premiere I go to, I try not to close my eyes. I try not to fall asleep coz I DON’T WANNA MISS A THING. And I’m so glad I didn’t! Here’s Aerosmith frontman Steven Tyler arriving after a lot of people have already left. He just popped out of nowhere! So glad we stayed! 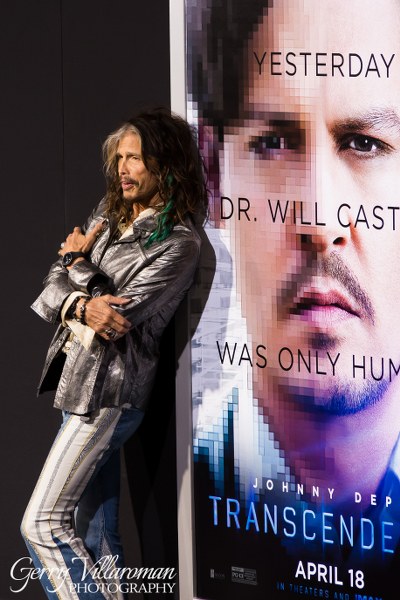 Here are some more photos. Enjoy! 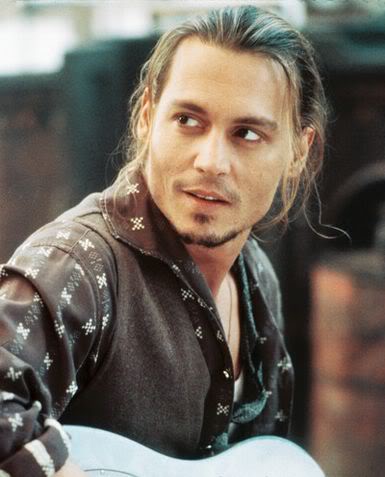 I’m a very big fan of Johnny Depp. To me, he is the epitome of coolness in Hollywood. I probably won’t be able to explain well on why I think that way but maybe I could say it’s because he is very, very… Johnny Depp. See, I told you I won’t be able to. But really, Johnny Depp in itself is an adjective that is synonymous to “cool.”  I’ve seen many of his films and I got so amazed on how he portrayed characters such as the very well known Cap’n Jack Sparrow, Willy Wonka, Sweeney Todd, The Mad Hatter, and Edward Scissorhands. These are very different characters yet you can easily distinguish their personalities from one another, apart from the costumes of course.  I’ve also seen him on the original TV series 21 Jump Street (just re-runs, as I was just a toddler during the time it was on air) and apart from his extreme good looks I also took notice on how good an actor he was already back then.

I’ve wanted to meet him in person ever since I was a kid.  He’s one of my three super idols (together with Brad Pitt and Tom Cruise)  and I said to myself that someday, I will kiss them all on the lips. Just kidding, I’m a straight male. Not coming out at least in the next three weeks. Ha. In high school, somebody told me while we were on a school dance that I look exactly like Johnny Depp and that’s when my fascination with him really started. I kept checking on the mirror and damn, she was spot on. I really looked like him! Just kidding. She never said that. She did tell me I looked like Johnny though. Johnny Bravo. Anyways, it’s not unusual for a young kid to idolize him. Pirates of the Caribbean: The Curse of The Black Pearl came out when I was in my freshman year in college and boy was I hooked! It was so good it went straight to my favorite movies of all time list.

Living in LA and being a frequent visitor of Hollywood Blvd, I always see those guys in costumes. My favorite is of course, Cap’n Jack Sparrow! He doesn’t look like Johnny but he does make a good Cap’n Jack. He also has a cute girl who is portraying Angelica walking around with him every time. There’s also one guy who doesn’t dress up as a Johnny Depp character but instead, Johnny Depp himself, wearing casual clothes. It’s cool to have pictures with these guys but just as I want my Levi’s jeans to be original, I want my Johnny Depp to be real!

And so I went to the premiere of Dark Shadows with only one intention in mind: see my super idol and hope to get a picture with him!

***CLICK HERE TO WATCH THE TRAILER OF “DARK SHADOWS”***

As expected, there were so many people in there waiting for him. I got into a bad spot, far away from the spot where they drop the celebrities off,  that I felt a little down that I wasn’t gonna be able to see him up close. It was okay, I said to myself, as long as I get a glimpse of him. The cast of the movie arrived one by one.

I saw Michelle Pfeiffer from afar. Oh damn. She was too far. 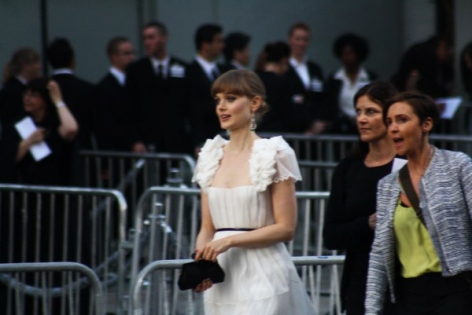 And I saw a couple other actors whose names I didn’t know.

Then there was Tim Burton.

It was so nice to see him! He’s collaborated with Johnny so many times (Edward Scissorhands, Sweeney Todd, Corpse Bride, Alice in Wonderland, etc.) it’s impossible mentioning one’s name without the other.

And then it was time for Johnny to arrive. I saw him from afar like the rest. He’s signing for some people from way over the other side, and he’s the size of a peanut on my camera. Oh well, I wasn’t that hard to satisfy. I stepped on the same street as my idol at least for a fraction amount of time and I was happy for that. I was ready to go home to tell this tale to the world but then I noticed something. Johnny Depp has gotten closer and closer! It seemed like he was gonna come to our side after all!

Of course, I want to share my experience with you guys. Enough of the talk. Here’s the moment of all moments, the moment when a super fan finally meets his idol!

I can’t believe it! The fact that I was already convinced that I was only gonna see him from afar but instead we got inches away from each other made it even more spectacular! We got so close I was able to literally feel his breath come out of his nose haha! I stayed a man after that encounter though I gotta admit I was a hair strand away from becoming a Jennifer. Yeah I kinda prepared a girl name for myself just in case.

It was a day I will never forget. Oh Johnny. You da man, man.

I would still like to see him again someday, perhaps in France where he lives and talk to him in straight French.  A bientôt!