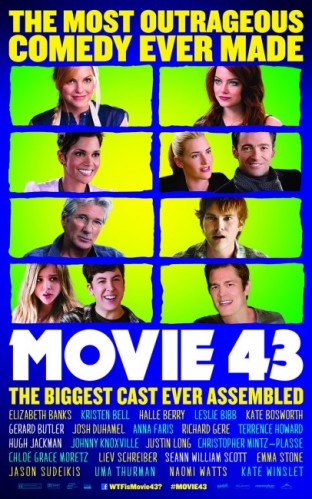 Movie 43. So many stars in one movie and I’m really curious how it would turn out! Richard Gere, Hugh Jackman, Halle Berry, Emma Stone, Uma Thurman, Kate Winslet, and so on and so forth. The list of stars never ends! Is it going to be one of the most successful comedy movie of all time? Or is it going to blow? Starpower does not always necessarily mean success, I mean, look at the Lakers now. All those talents, wrongfully utilized. How can you have Kobe and Pau and Dwight and Steve Nash and MWP in one team and still suck?! It’s unimaginable. Anyways, I’m getting off topic now. Here’s the trailer for Movie 43…

I was highly skeptical about all those stars showing up for the red carpet premiere so I tried not to expect too much to avoid disappointment. The arrivals were scheduled to start around 6:30 pm and I got there at 6:28, which was really late since you have to be at least 2 hours early if you want to get a pretty decent spot for your stargazing. I got to stand far far away from the carpet, so please enjoy my ugly pictures. Ha.

Here he is with Rusty Cundieff 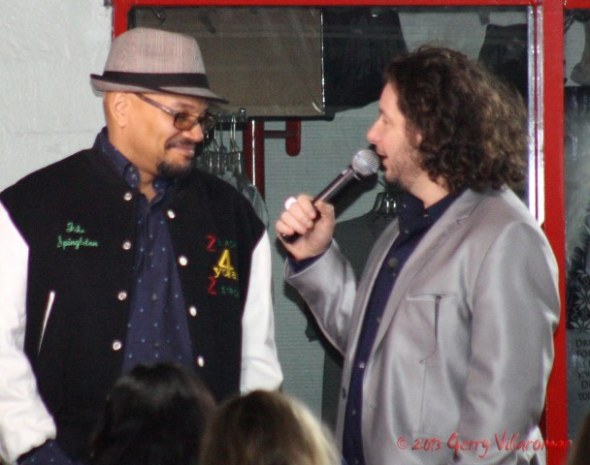 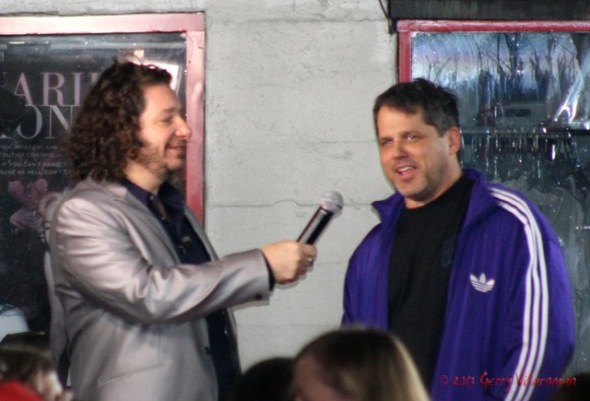 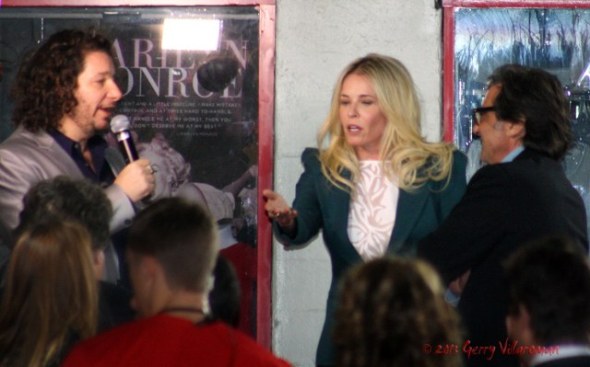 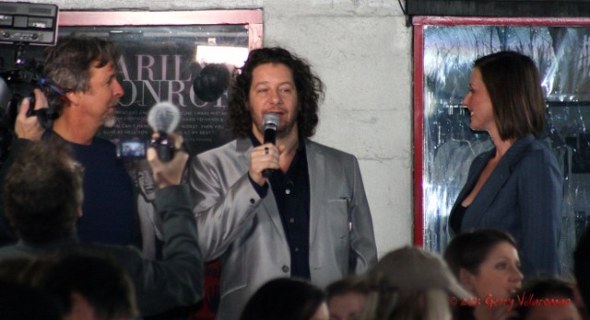 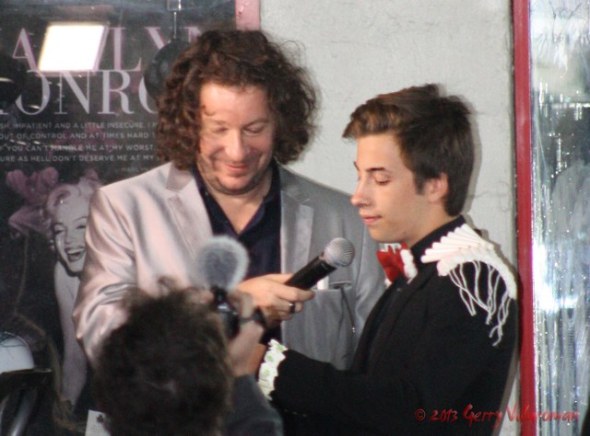 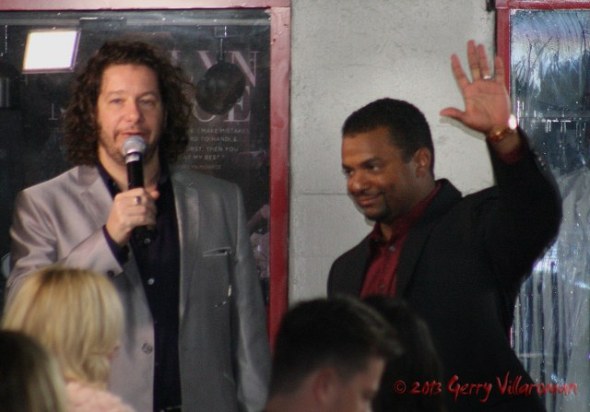 Rules of Engagement‘s Patrick Warburton. He’s also the voice of Joe Swanson on Family Guy, my favorite show in the world 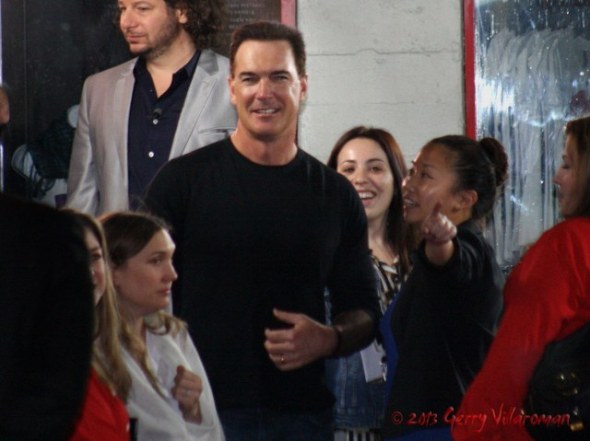 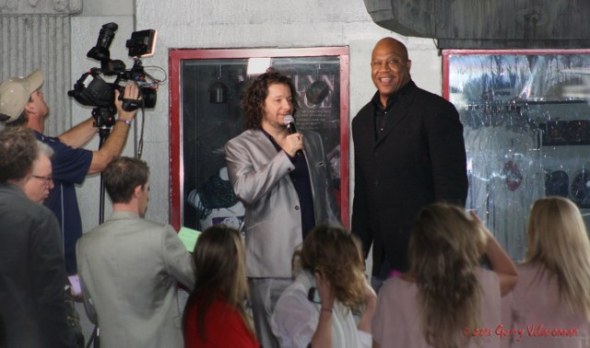 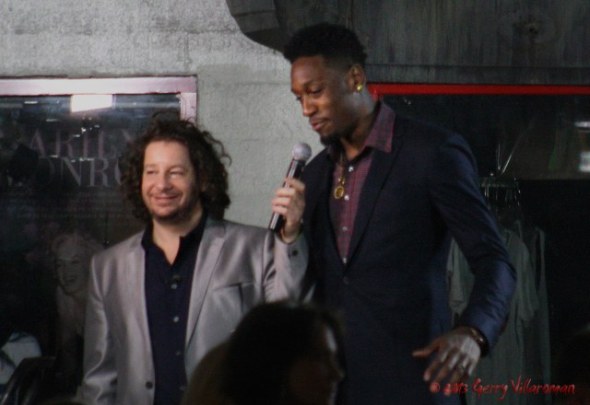 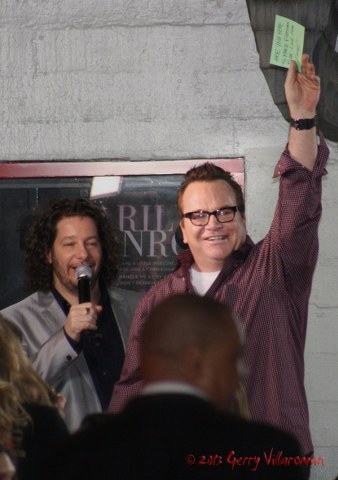 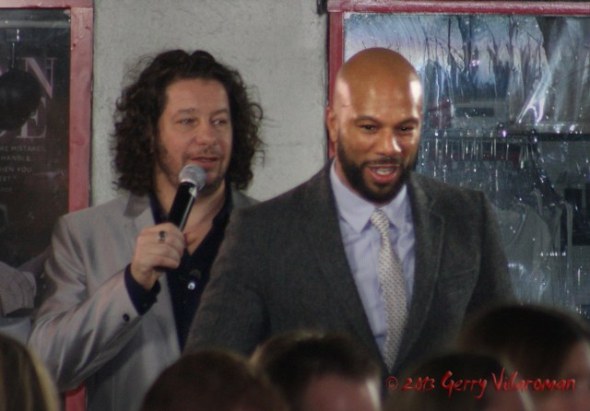 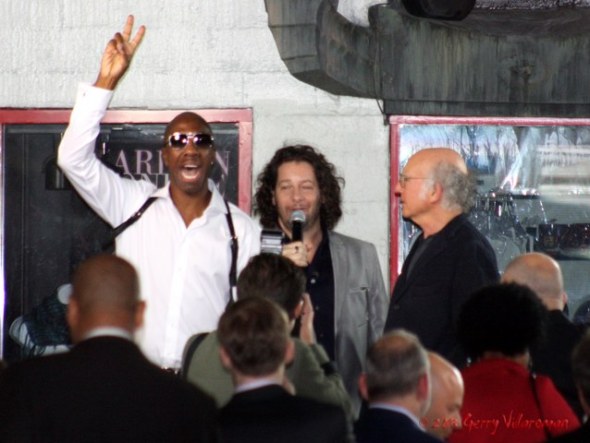 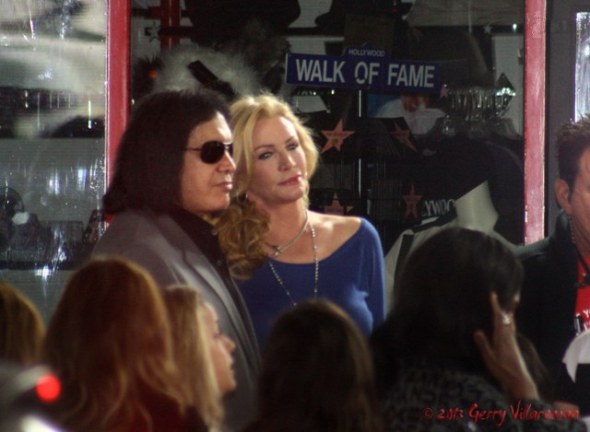 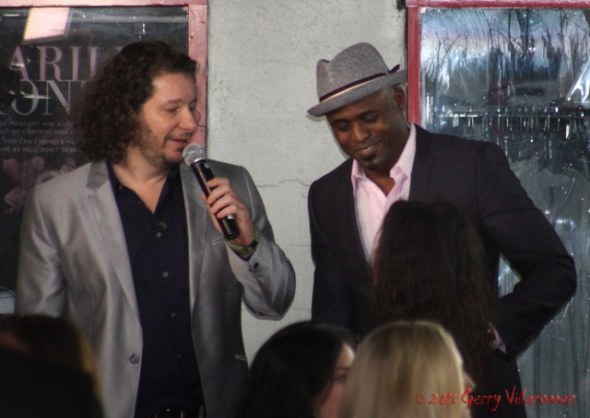 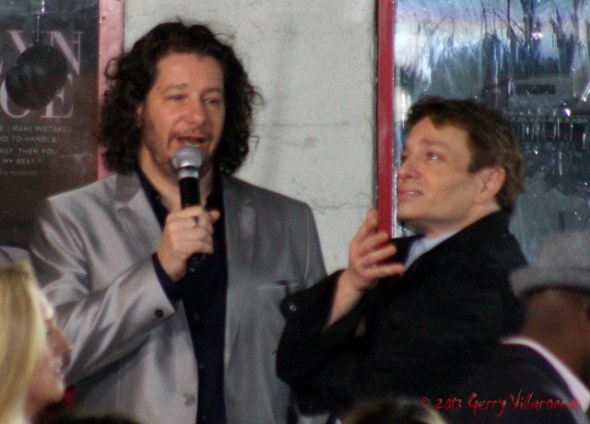 Andy Dick and his middle finger 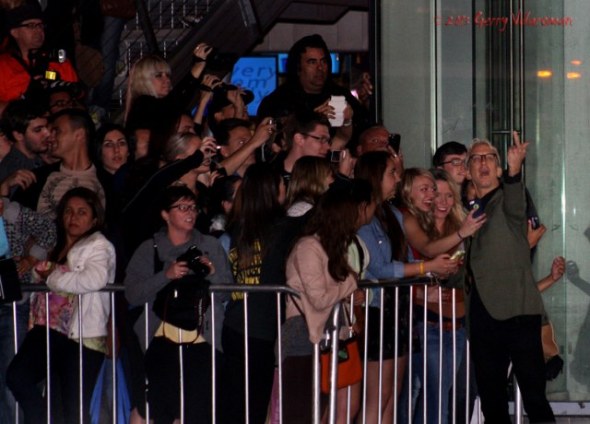 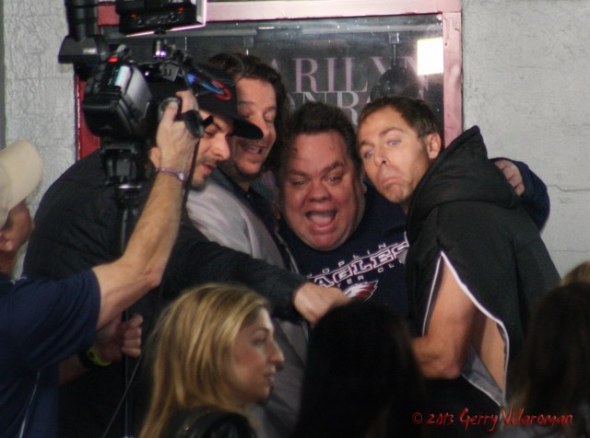 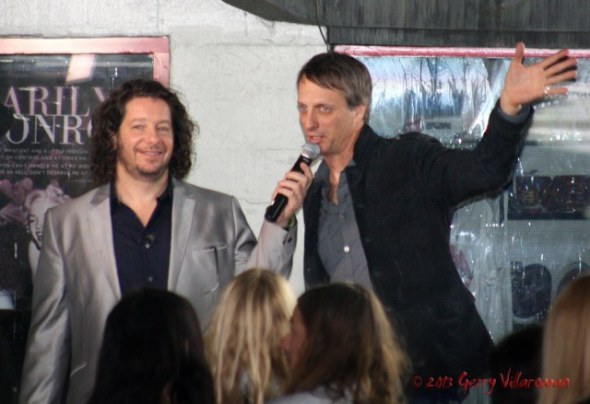 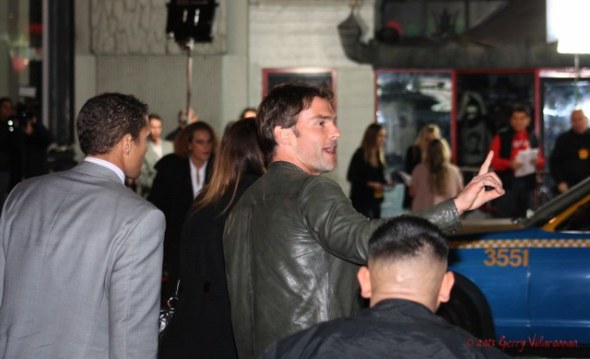 So many more celebrities attended this star studded event, I just stopped shooting as this was star overdose for me already. Jeff Ross overdose too.  I didn’t want to sleep and dream about Jeff Ross. The A-Listers Richard Gere, Hugh Jackman, Halle Berry and company were noticeably absent so fans who were wanting to see them were probably disappointed but then the number of B-, C-, and D-Listers who attended may have compensated that for some. For me, it was a really fun night. I think seeing Joe Swanson in person was the highlight as I’m a huge Family Guy fan.